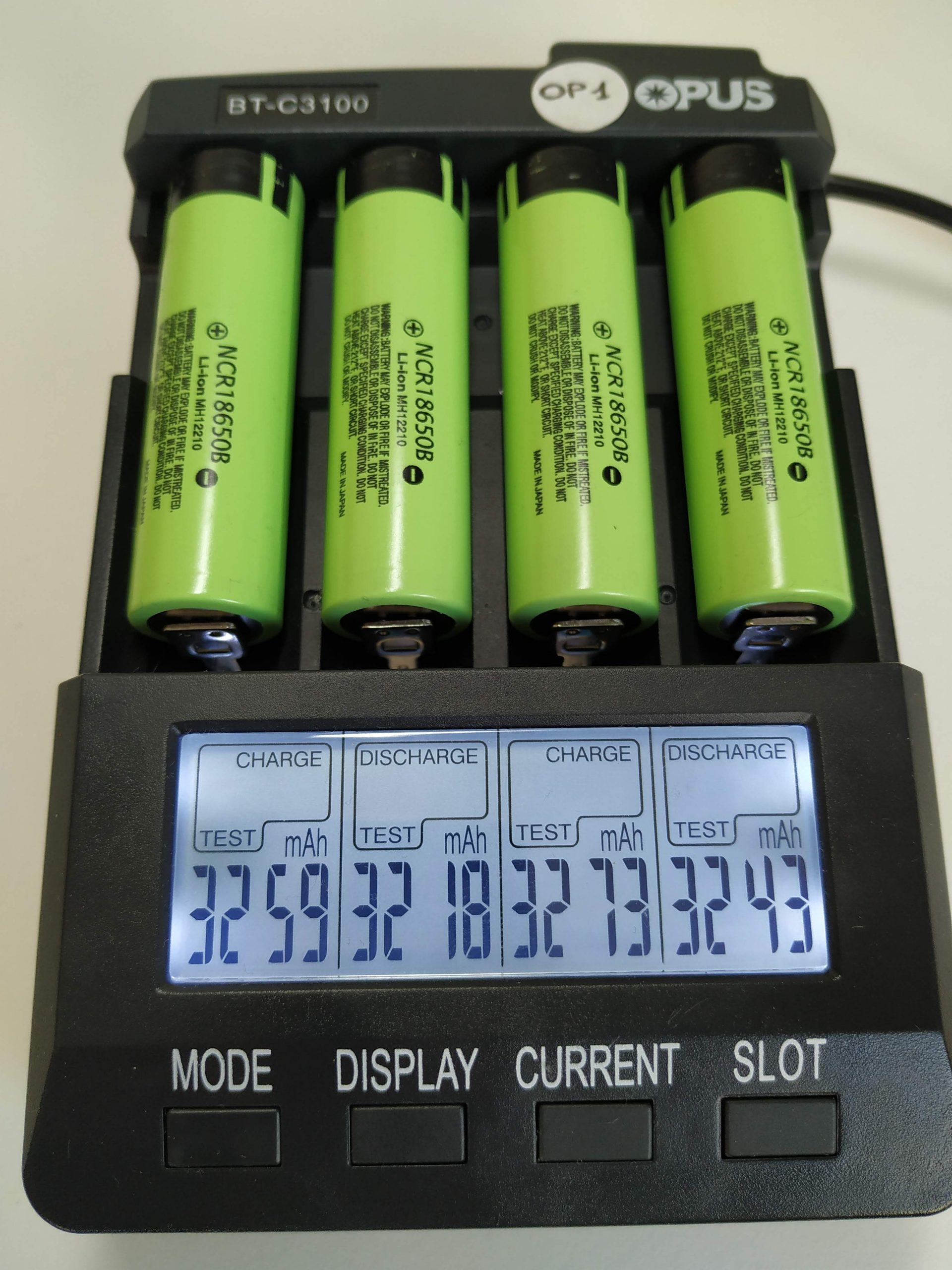 In this entry we will do a basic test to varicore cell NCR18650B. The test will be carried out with the Opus BT C3100, with which we will measure the actual capacity and internal resistance of this cell.

Here are a couple of links through which I bought these cells and the charger:

For more details on the experience with purchasing these cells, you can access to Varicore NCR18650B battery.

First of all, comment that the cells I tested were brand new (newly unpacked). The manufacturer announces a 3400mAh capacity for these cells.

To make the cell capacity measurements, we will use the OPUS BT C3100 charger (exactly the same unit we use for Liitokala cell NCR18650B capacity test).

Prior to the capacity test, I performed some refresh loads to the cells (load them and unload them 3 times), to activate the cells and have a more real result.

Here’s a photo with the result of the capacity test, which we’ve taken at an intensity of 500mAh: 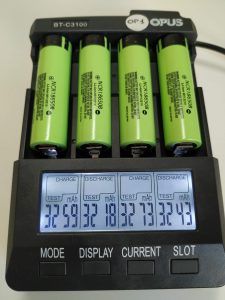 On previous occasions I have commented that these cells gave a slightly greater capacity than the equivalents of Liitokala, but after several tests, I have found that this “superiority” is temporary and disappears with the first cycles. After these first cycles, their capacity becomes very similar to Liitokala cells.

This behavior is reflected in the Varicore NCR18650B degradation test we are performing.

Here are some photos with the result that the OPUS gives us in the internal resistance test: 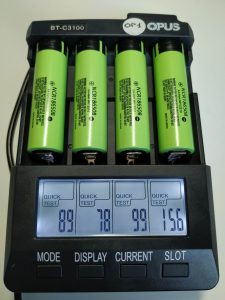 You can see values between 80 and 100mOhm, except one of the cells gives a value slightly higher than the others. In any case, I don’t think they’re bad values, but they’re worse than the original Panasonic cell.

I hope you found this information helpful. Any question, leave it in comments.